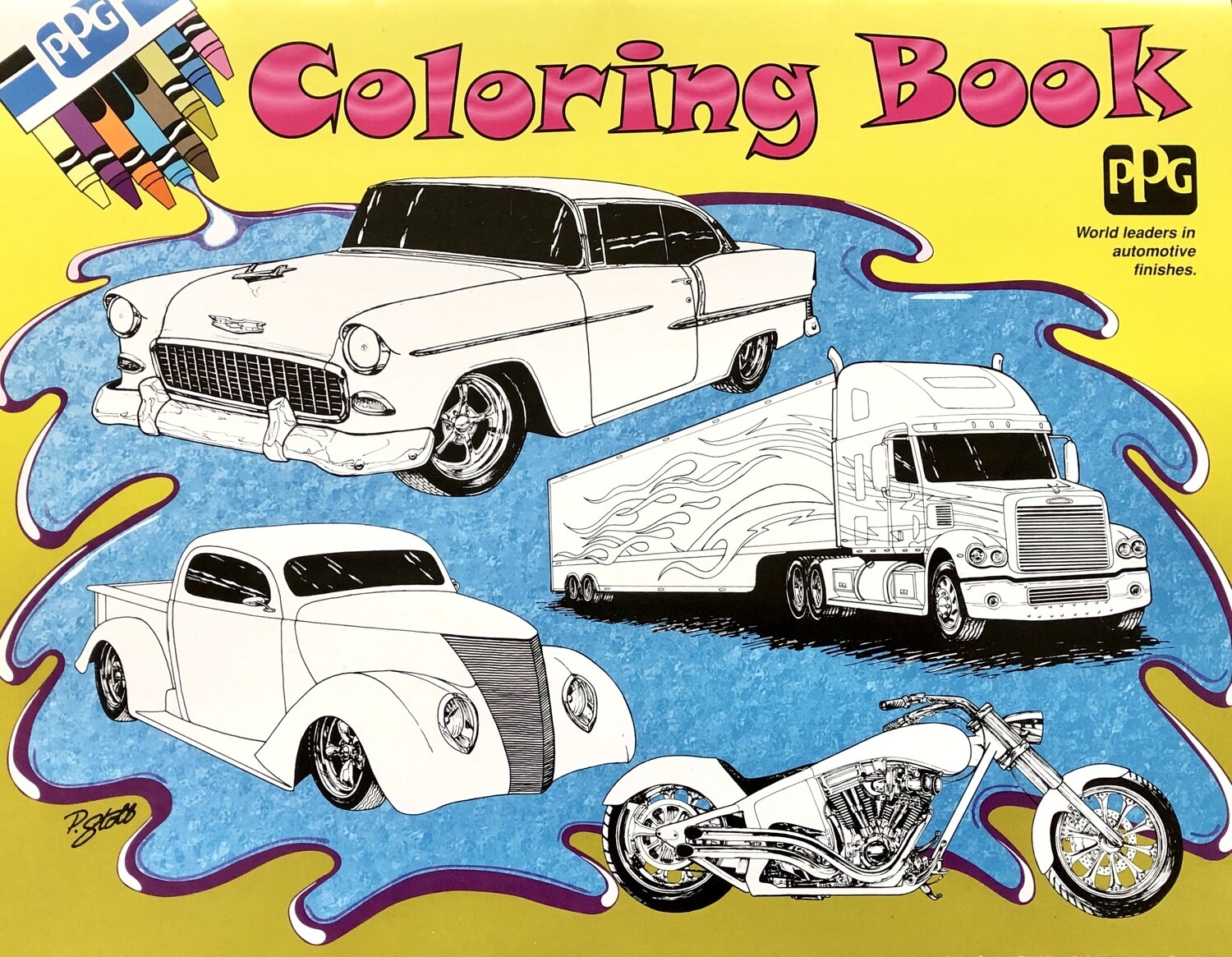 The publisher of this advertising premium and/or giveaway was PPG Automotive Finishes, Strongville, Ohio. Part No. ARBKTS. This coloring book is vintage but is new and uncolored. There is slight wear/smudging from long years of storage.

Note: Please view the photos in this listing and read the description to assess the condition of this item. If you still have questions, please contact me using the Facebook Messenger link or by email: junebug@junebugbooksandcollectibles.com.

About Junebug Books and Collectibles

Junebug Books and Collectibles was founded in 1998 by Donny Seagraves. We’ve been selling used and rare books, vintage postcards, and collectibles including typewriters, radios, audio equipment and mid-century modern online on sites including eBay and Amazon for 22 years. We also sell on Facebook and Instagram and at Junk in the Trunk, 590 Olympic Drive, Athens GA 30601 in booth J-14.

Save this product for later